Today is my birthday in the Jewish calendar, i.e. my Hebrew birthday. In about 2 weeks, it will be the 11th anniversary of my father’s death. You probably don’t know this, since I never told you: The last day I saw my father was on my Hebrew birthday.

I was born one hour after the completion of Yom Kippur. In the Jewish calendar, the day actually starts at night, and my Hebrew birthday is “Motzei Yom Kippur,” (literally, “the going out of Yom Kippur”).

Eleven years ago today, in the Jewish calendar, I was heading back to college after spending the Yom Kippur holiday with my family. When I arrived home the day before, I booked a train from my home in Westchester, NY to Brandeis University in Waltham, MA. I would leave NY (actually it was the Stamford, CT station) about one hour after the holiday ended, and would get back to school around midnight. It was all planned out perfectly. Or so I thought…

My parents and I got to the ticket machine in the station and I proceeded to look up my tickets to print them out. The screen replied with a very unexpected message: your train has already left! “But, how?!” I thought, “we got here ahead of time!” I then looked more carefully at the date of the ticket. It was that of the previous night.

Oopsies! I had booked my ticket for the wrong day, and there was no room on the corresponding train for that evening.

My father had to work the next day, but he insisted on accompanying my mother to drive me to the train station later that night. Just as he would always stand on the driveway and wave to me as I got onto the school bus when I was growing up, there he was at 3 a.m. standing on the train platform enthusiastically and lovingly waving to me to have a good trip.

That is the last image I have of my father in all his glory.

For the next time I saw him—two weeks later—he already had one foot into the next world, having incurred a fatal brain injury. And I knew the moment I walked into the Neuro-ICU room, he had already begun his ascent into the afterlife. 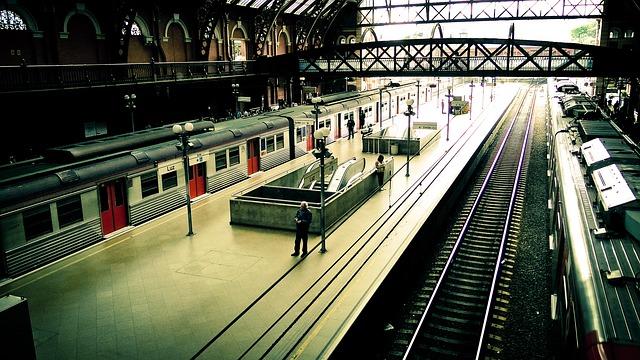